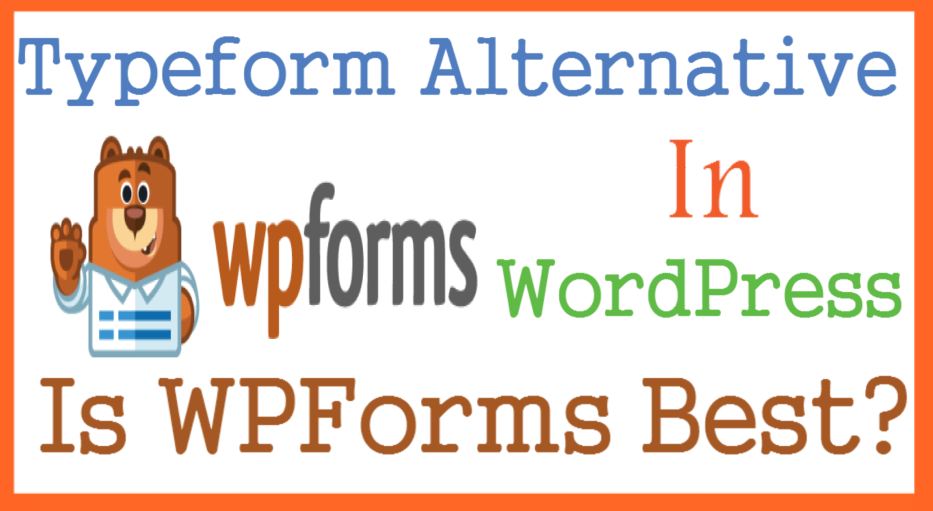 Are you planning to add Conversational Forms in Your WordPress website and looking for Typeform Alternative in WordPress ? Then trust me wpforms will be the best plugins for you to create engaging forms for your customers . You can also used it for collecting feedback .

Over the years form abandonment has been a crucial issue in the online marketing niche. The major reason that we figure out here is the complexity with the forms and insufficiency of keeping the visitors engaged.

Need of the time is to work on these background issues to bring down form abandonment rate because increased cases of form abandonment means loss of revenue and prospect customers that no business can afford that in a highly competitive market.
Fortunately, we have WPForms where the team of experts believe that there is always a room for improvement . Following the league they have introduced the new Conversational Forms. These forms are a great solution to the increasing form abandonment cases.

In our blog we will discuss on some of the out of the box features of WPForms why it is worth as best alternative for Typeform .

You may also be interested in Fomo Plugins , Email marketing service and Google forms alternative

What is Conversational Forms ?

Conversational Forms is exclusively crafted for WordPress users and work as a sure shot fix against form abandonment. They have been designed keeping in mind the behavioral pattern of the visitors and all research has been done to make it more and more interactive.

The makers of this Forms know that the better human touch your forms impart to the prospects, the more you can keep them engaged and reap benefits in terms of conversions. Types of Form you can create with Conversational Forms

These forms can serve multiple purpose.

You can create a versatile range of intuitive forms with the help of Conversational Forms such as  User Registration forms, Survey Forms, Job Application Forms, Event management and more.

The one-time question approach is a two-way approach that gives a pleasant experience to the visitors and at the same time helps the admin to collect the right amount of data required without annoying the visitors.

We hope that you have found every relevant information on Typeform Alternative in WordPress in our blog. Undoubtedly, it is an asset for those who believe in offering something better and different to the visitors for an impactful result. You must try WPForms Conversational forms and we are sure you won’t be disappointed.

Hello! I'm Rahul . I am love Making Optimized and Secure Website . Mostly i Work On YouTube to create Videos for Non tech. guys

Go to Top
Do NOT follow this link or you will be banned from the site!